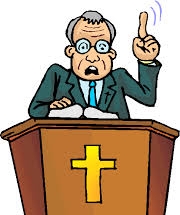 For some time now, I have been enjoying the wisdom of "the preacher” – Qoheleth, the man who declared that all is vanity. No doubt if you read and re-read this book you may end up asking “What is the need of being alive?" Yet, if you meditate on its wisdom, you discover that the author was calling his audience to concentrate on the essential in life and avoid other attractive but merely deceptive things. Of course, there was a reason why Qoheleth spoke the way he did. Most probably he had noted how the cycle of life kept repeating itself to an extent that nothing seemed to change in spite of all the changes that were taking place. People grew up and prospered, but soon they disappeared in the cliff of non-existence. Rich or poor, wise or foolish, cowards or heroes, all rose and faded in history as fast as they had appeared. Surely, with that view of reality of the things, everything appeared as futility – like chasing the wind.

You may be thinking that things have changed. Wait a minute! Although Qoheleth may have been talking around 3000 years ago (935 BC), we too can probably confirm his sentiments about our time. Have you noted something? Since man discovered fire some millions years ago, his dream has always been to invent something better, something more powerful and useful, I mean something to make his life simpler, comfortable and safe. The growth of technology, however, in spite of the many good things it has brought about, has turned into a nightmare. Instead of it being a tool of food-production for the millions of people without food, for example, technology has largely turned out to be a tool for oppression, war and death. If the expenditure that nations make on weapons were put into food production, even the Sahara desert would turn into a rain forest of fruit trees, if not a vast irrigation scheme for rice and other crops. The increasing human capacity has not helped to change the trend either. We are still looking for means to prolong life and, if possible, to avoid death. As a result of our failure to achieve this dream, we are turning to ways of changing how we looks at reality, by changing how we looks at intoxication. In other words, we are finding ourselves trapped in an illusion of chemicals. Genetically modifying animals and plants in the name of producing  disease-resistant  or drought-resistant  organisms, abusing alcohol and drugs in the effort of drowning the daily frustrations of life, and engaging in the craze of using beauty cosmetics in the effort of remaining everlastingly young. The result has been strange cancerous diseases in the world. It’s pathetic! Isn’t it?

Well, if Qoheleth were to pass here today, he would look at our daily struggles and definitely say that we are chasing the wind.  We have forgotten the essentials of living and the fundamentals of being. Who can we blame? Don’t be quick to point fingers! We are the people to blame. How can you look for scapegoats when it is clear that we have become greedier and greedier with each passing generation? Today people are ready to sacrifice their faith, their relationship with others, and even other human values in the name of earning a living. If that is not greed, tell me what it is! Still, the exaggeration of human freedom has seen man become “the measure of what is and what is not”, as Protagoras, the Greek philosopher would have put it. As a result, faith has turned into just one of the many aspects in human life, and not the key one.  Worse still, what once used to be the conscience of society, the Church, has gradually lost her influence on the lives of the people, as secularism engulfs the world.

This state of affairs may give you the impression that we are doomed, but that’s not so. As the preacher, Qoheleth would have noted, it is better a living dog than a dead lion (Eccl 9:4). In other words there is still hope. As such, the challenges that are rocking the world are only a call to double our effort in evangelization. This is what "the preacher" meant when he said, "You have to work twice as hard to make sharp a blunt blade" (Eccl 10:10). It is high time we, who can see beyond the screen of reality, re-engineered in our society the essentials of living. It is still possible to re-create the original institutions that gave mankind an identity, a sense of belonging and a meaning of life: the family, the evangelizing school and the transforming Christian community (Church). Evangelizing the family and the school seems to be the only way to save the Christian community. Probably this is what God meant when, speaking through prophet Hosea he said "my people perish for lack of knowledge" (Hos. 4:6). The demonstration of the ever-present but unrecognized divine grace in creation and in history is, therefore, our duty today. The reason for which our missionaries saw the need of building schools and hospitals immediately after building Churches must be re-awoken: evangelization cannot be separated from education. Even if it would be far-fetched to think of reversing the trend of secularism immediately, through evangelizing education, we can prepare a healed humanity: one that is aware of the link between creation and its Creator, between truth and history, and between being and destiny. May the Lord help us to understand better the wisdom of "the preacher." May we in our life not be chasing after the wind. Amen.