Consolata Missionaries: in the frame of the Golden Jubilee in South Africa. 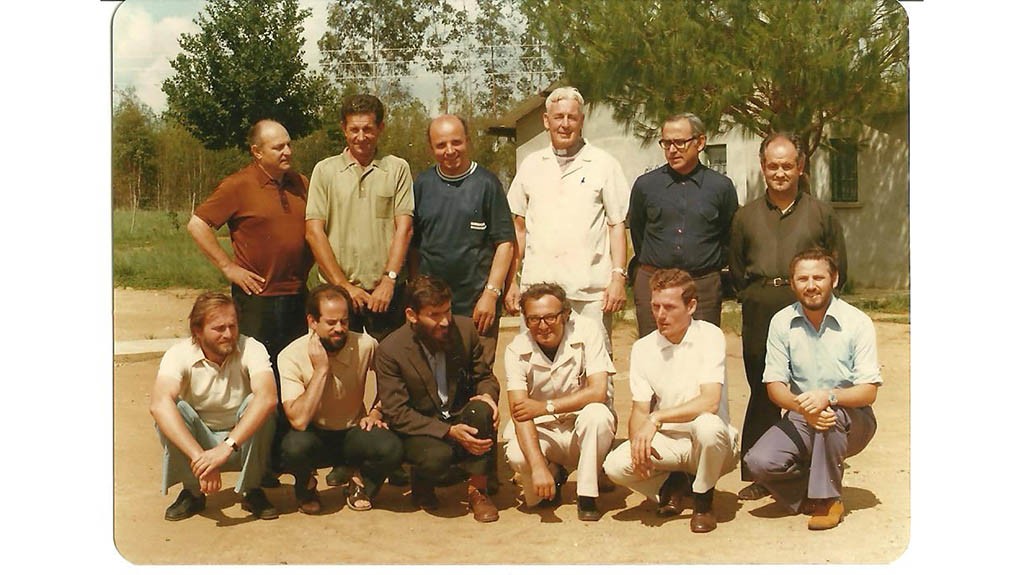 The Consolata Missionaries are a Missionary Religious Congregation founded on 29th January 1901 by Blessed Joseph Allamano, a diocesan priest, teacher and devoted to Our Lady Consolata, Mother of Jesus and of His Church. Through our Mother Mary we receive Jesus, the true consolation of humanity.

The Congregation was first made up of brothers and priests. In 1910 Blessed Allamano founded the Consolata Sisters. Priests, Brothers and Sisters are consecrated for the mission for life.

In the past forty years, Consolata Lay Missionaries have joined the Congregation. They too devote their lives, abilities and talents towards the building up of the Kingdom of God all over the world. 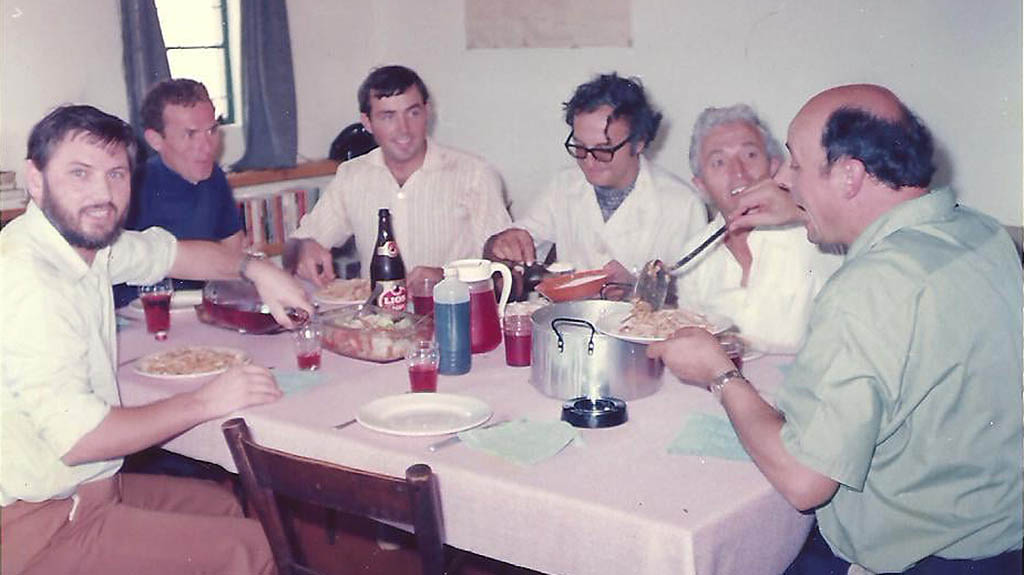 Some 89 Consolata Missionaries, from Kenya, came to South Africa in 1940 as Italian prisoners of war. They were held at Koffiefontein for three years.

In 1948 instead some were sent from Italy to the University of Cape Town to validate their degrees, according to the British system, before going to Kenya and Tanzania as teachers.

In the late 60s the General Council accepted a request to start a missionary presence in the then Prefecture of Volksrust (today, Diocese of Dundee). Frs. Jack Viscardi and John Bertè were the first ones to arrive on 10th March 1971. The first Mission was Piet Retief. For 24 years they evangelized in different places, in the territory, today known as the Diocese of Dundee.

Consolata Missionaries, wherever they go, are called to announce Jesus, consolation of the world, through Mary, especially where the people don't know Him. Then they form Christian communities, encourage them to become self-supporting and to be a ministerial and missionary church strengthened in unity by the Holy Eucharist, listening and spreading the Gospel everywhere.

Care for families, orphans, the vulnerable, the refugees, the elderly and the sick, are all signs of Jesus consolation of humanity.

Consolata Missionaries contribute therefore to the Christian formation of leaders and catechists and to the general well-being of every person.

Although present in the country for so many years, there is still no South African Consolata Missionaries as, initially, the goal was the development of the local church through the promotion of the local clergy.  We hope and pray that some will accept God's call to be sent from South Africa as missionaries all over the world.

The 24 years spent only in the territory today called the diocese of Dundee, according to an interview I did, in Italian, with Fr. John Bertè, for a special issue "Sanibonani" in 1996 (silver jubilee), he said that we could divide the evangelization of the Consolatas in four stages:

The 1st Stage: starting in the Prefecture of Volksrust, guided by the Vicar Mgs. Marius Banks. The missionaries were at Piet Retief, then gradually went to Ermelo (Damesfontein), Evander, Secunda, Embalenhle, Kriel, Standerton and Bethal. One important act of consolation was to become bridge between some Mozambican men working in the mines of the Transvaal and their wives and children living in Mozambique. This was possible because the Consolatas were evangelizing also in Mozambique.

The 2nd Stage: at the time of the creation of the Diocese of Dundee (1980s), the missionaries went to the rural areas Pongola and Pomeroy; there was an idea to go to Amakhasi, but it never materialized. This was to emphasis the presence of consolation with the poorer. At that time, they were, also, assisting the Bishop in Dundee Parish.

The 3rd Stage: in 1991 the Consolatas, encouraged by Bp. Michael Pascal Rowland, went to Newcastle and its townships. The energies spent in Damesfontein Pastoral Centre for the formation of Leaders and Catechists, with the new pastoral area, started to be use for the benefits of the density populated Newcastle Deanery. But soon the signs of times called the missionaries to focus on projects, workshops and retreats consoling those HIV/AIDS affected and infected.

The 4th Stage:   On 20th June 1995 when a missionary presence was started in Waverley and Mamelodi-West (Pretoria), one of the aims was to strengthen the awareness of the missionary responsibility of the local church and to welcome and form young men to become Consolata Missionaries from South Africa to the world. 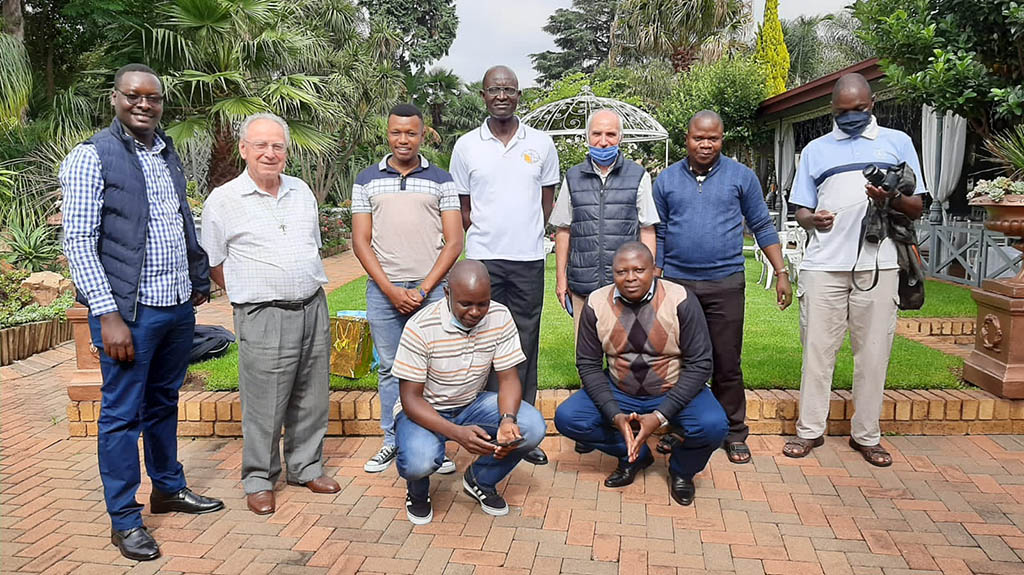 Having served for many years in rural areas, as it was mentioned above, from the early 1990s, aware of the phenomenon of urbanization, the Consolatas became present in different townships, initially in the Diocese of Dundee and later on in the Archdiocese of Johannesburg (Daveyton, 2004).

Several youths were accompanying in their vocation discernment, the parish communities were praying for vocations and a Diocesan Vocation Team was established in Dundee diocese, where Religious Sisters, Brothers, Priests, and local clergy could meet and plan periodically. A similar team was established as well at the Eastern Deanery Pretoria. Unfortunately, these two last mentioned teams vanished shortly after the tragic dead of the Comboni Fr. Giorgio Stefani (20th October 2005) in Pretoria, and another tragic dead of Sr. Ann Thole (1st April 2007), of the Nardini Sisters, in the Diocese of Dundee.

Fr. John Bertè did not mention other possible Stages, because he died on 5th January 2005. There was another (5th Stage) blessing for the Consolata Missionaries, thanks to the intuition of the then, Consolata Missionary General Councilor for Africa, Fr. Matthew Ouma: on the spring's day 2008 (that is on 1st September) started the intercultural Theological Seminary, at Merrivale (KZN), and one year later they also opened the Woodlands St. Martin De Porres parish, in the Archdiocese of Durban. The seminary is made up of religious professed Consolata students from several countries of Africa Continent, but not yet from South Africa.

A new chapter of the history, for Consolata Missionaries, (6th Stage) started in 2016 with the opening of a mission in the small Kingdom of Eswatini, where the Argentinean Consolata Missionary Rt. Rev. José Luis Ponce de León is the head of the Catholic Church in the Diocese of Manzini.

Consolata Missionaries praise God because their Founder Joseph Allamano was beatified on the 7th of October 1990; also, the Church recognized the heroic virtues and beatified two Consolata Sisters: Irene Stefani (23rd May 2015) and a martyr Leonella Sgorbati (26th May 2018).

For sure the merciful consoler Our Lord Jesus Christ, through the intersession of the Blessed Joseph Allamano, Irene Stefani and Leonella Sgorbati will pour his grace on the people of South Africa, in order to become attentive to the Word of God and spread the Gospel to the world as we are living a new springtime of Pentecost.