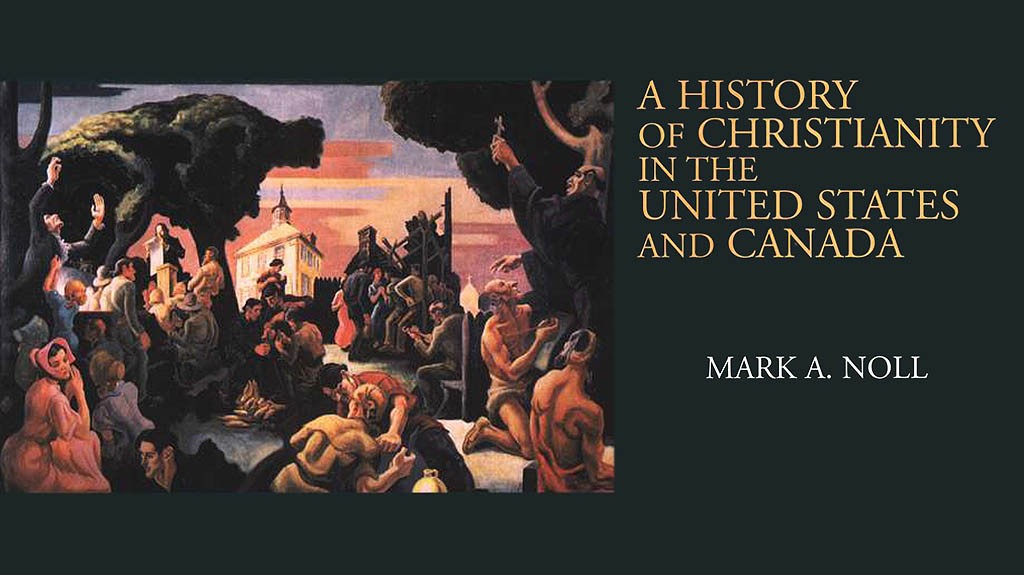 All the major documents about our IMC mission insist that in order to have an efficient influence on the groups in which we work, we missionaries have to know them well.  And in this knowledge, there is history.

For 25 years, since the merging of the US IMC region with the Canada delegation, I am looking for an history of Roman-Catholicism (and Christianity) in North America.  I have found more: I have found a remarkable historian, Mark A. Noll, professor of History at the University of Notre Dame.  Noll is not a catholic, but an evangelical from the South, but the fact that he is teaching in a Catholic University must mean he is considered as a neutral, objective and interesting historian.

Already I have read two of his books, and I plan to read more:

Mark A. NOLL, A History of Christianity in the United States and Canada, Grand Rapids, Eerdmans, 2019, 595 pages, and

-          The first was along the St. Lawrence river in New France; these Catholics were from France and were speaking French;

-          The second group of settlements were from Mexico, especially in California, the best-known missionary is Fr. Junipero Serra; they were from the Spanish culture and language;

-          The third settlement came from England with Lord Calvert; they were Catholics that were persecuted in England who came in what is now the state of Maryland.

All the rest of the Christian settlements in North America were from an English culture and language, but from diverse Protestant denominations: the Puritans in New England with the so-called Pilgrims, the Quakers with William Penn around Philadelphia and Pennsylvania, then Anglicans and Lutherans (from Germany), Baptists  and Presbyterians, almost all looking for a land where they could serve their God and establish a society according to their beliefs and rules.

Noll explains in the second part of his book that the 18th century was a period when all the Christians in North America were trying to ‘americanize’ their faith. There was resistance, like the Amish. There were some trials of American theologies with scholars like Joseph Bellamy, Jonathan Edwards, Timothy Dwight and Samuel Stanhope Smith, working at Princeton, Yale and Harvard universities and some major colleges.

The next century, the 19th century, is called by Noll the ‘protestant century’, because there was a strong dominance of Protestants.  It is the period of the Civil War, where all sides were quoting verses of the Bible to justify their position on slavery. But is was also a period of Re-awakenings, especially with the spreading of Pentecostal movements.

In Part IV, our historian qualifies the 20th century of ‘Tumultuous Times’.  The two World Wars have created a huge doubt about the capacity of the Christians to bring peace to the world.  But after the war, the North American Christians were in the middle of the battle for the Civil Rights and Feminism.  This is also the century of North American missionaries, both Catholic and Protestants all over the world.  Noll underlines two main world Christian events in this century:

But in this majestic book there are also pages on

-          The arrival of Orthodox Christians especially from East Europe and the Middle East,

-          The indigenous religion of the black slaves, among them some Muslims,

-          And many pages on the ‘ambiguous mission’ among the North American Indians.

In the fifth part, Noll proposes some ‘Reflections’.

-          In the Christian world, North America is different because of its multi-religious character,

-          Especially in the Protestant groups, the Bible has always remained the foundation of the faith;

-          The North American Churches were never able to fill the gap between the Black communities and the White ones;

-          The Canadian Churches are definitely more traditional that the US ones;

-          All the groups are now influenced by secularization movements.

In his second book I read, Noll points out thirteen decisive moments of the history of all Christianity.  I was amazed that none of them happened in North America.  The first five illustrates the establishment of Christendom, especially in Europe; the next five from the year 100 to the muddle of the eighteen century tell the story of the division within Christianity, first between Europe and Eastern churches; the last three decisive points show the influence of modernity and globalization on Christianity.