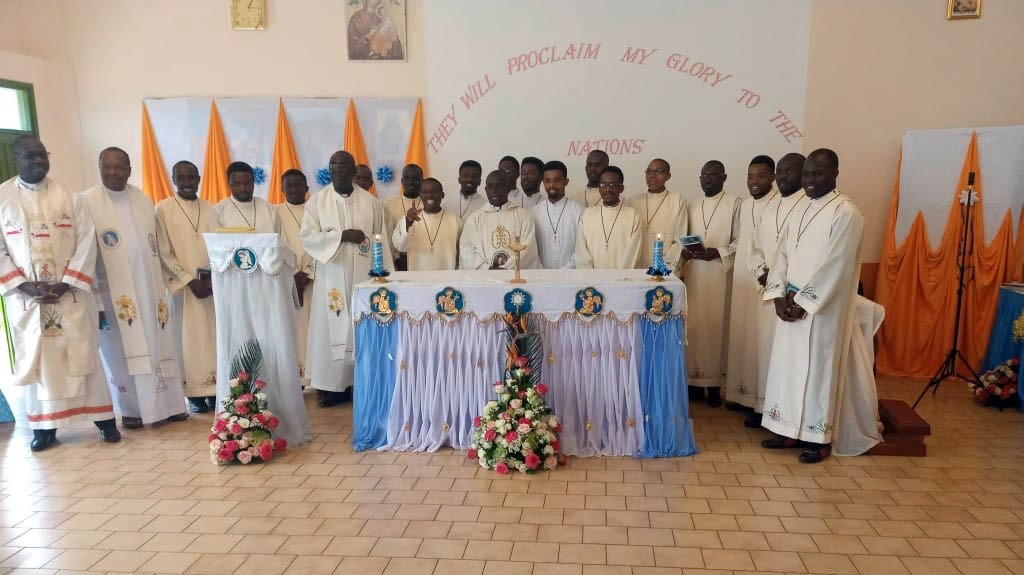 The twenty-fifth day of July 2020, on the Feast of St James, Apostle, despite the gloomy mood that the Covid-19 pandemic has caused worldwide, the Consolata Missionary Institute family had the joy and enthusiasm of welcoming 17 young men into its family.

This private ceremony took place in the Bethany House, a spiritual-nourishment center just next to the Consolata Novitiate, Sagana.

It was graced by the presence of Rev. Fr. Peter Makau, imc, the Regional Superior Kenya-Uganda Region.

The Eucharistic celebration began at 10:45AM.

In his homily, Fr Peter Makau, imc, reminding the faithful, but in  a special tone to the 17 Novices who were about to make their First Religious Profession, on the  fact that God calls a human person engraved with both weakness and qualities in him. “This divine call is daily, hence requires a daily response”, he insisted!

But he asked the seventeen, to respond in a Consolata way, for they have spent twelve good months reflecting on how to be true Consolata Missionaries. This, he added, that they will do through personal sanctification and then carrying the Gospel to the non Christians, for that is our charism. 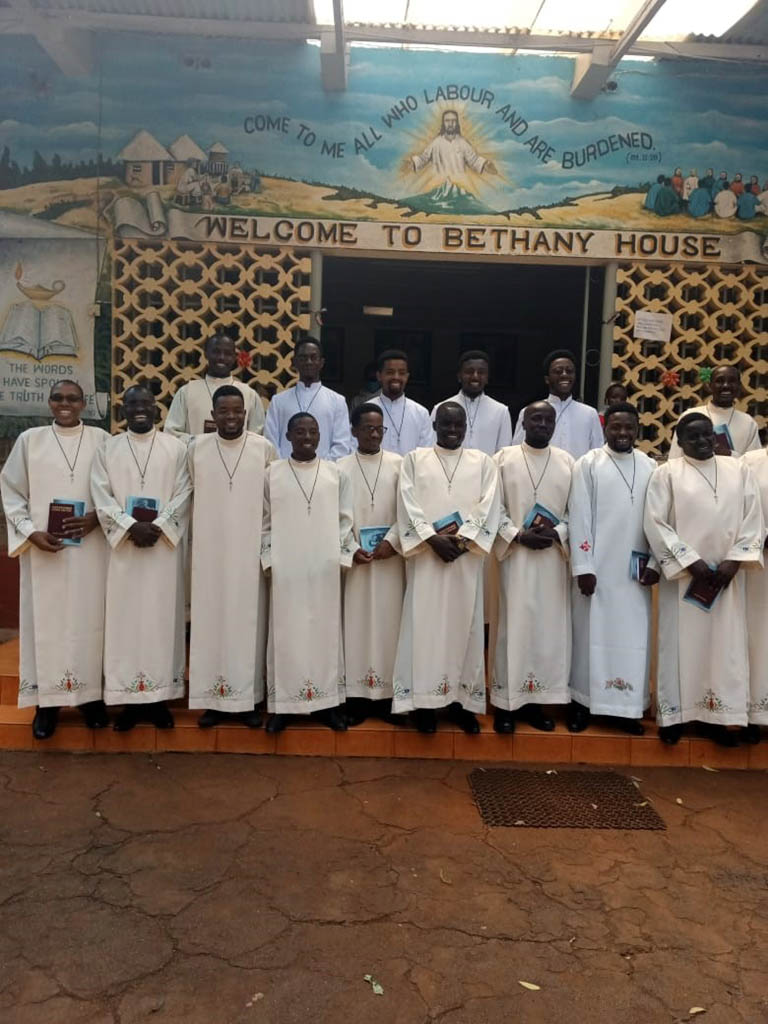 After the homily, the candidates were presented for the vows by Rev Fr. John Mugambi, imc, the Novice Master. They took the vows, one after the other, each articulating very well and audibly while kneeling, the formula of profession. This was later accompanied by the signing of the document moment. The silence in the background, I tell you for sure, reflected the sacredness of the event. No joke!

They were then handed the Constitutions and a Crucifix.

After the Mass, we had a moment of fraternity.

It’s good to note that, the seventeen new Consolata missionaries hail from five different countries. That is one Mozambican, two Ugandans, three Ethiopians, four Tanzanians and seven Kenyans. All the seventeen head to Allamano Formation House, Nairobi Kenya, for their Theological training before heading to the mission.

We thank God for this gift to the Consolata Missionary Institute family. 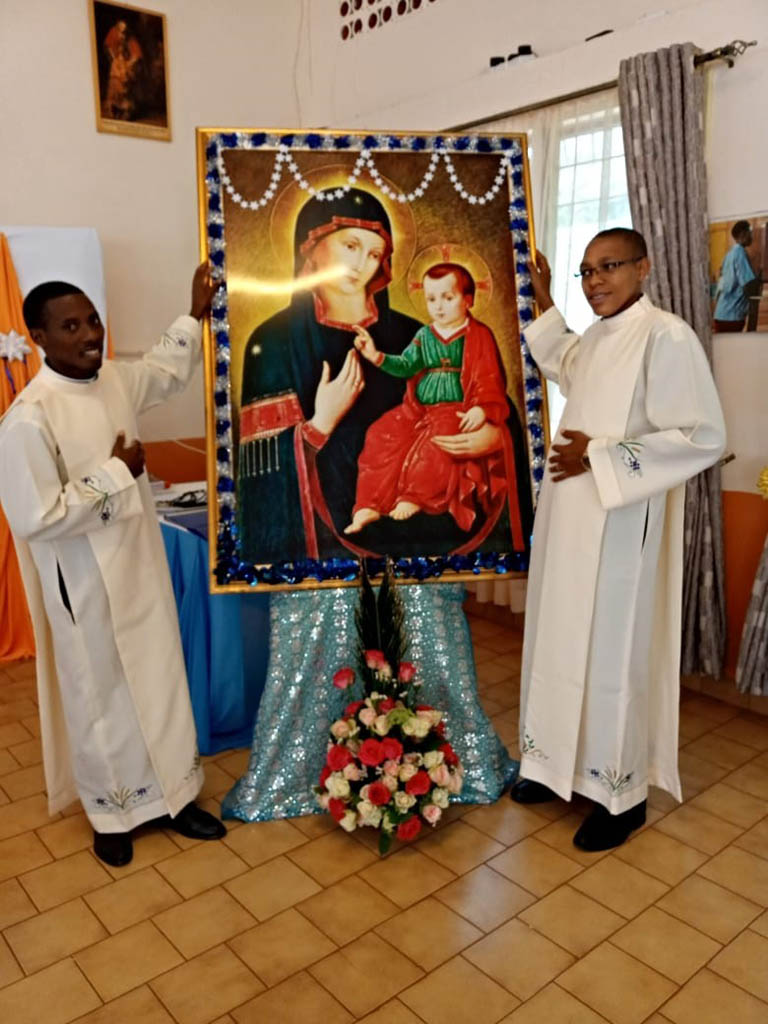