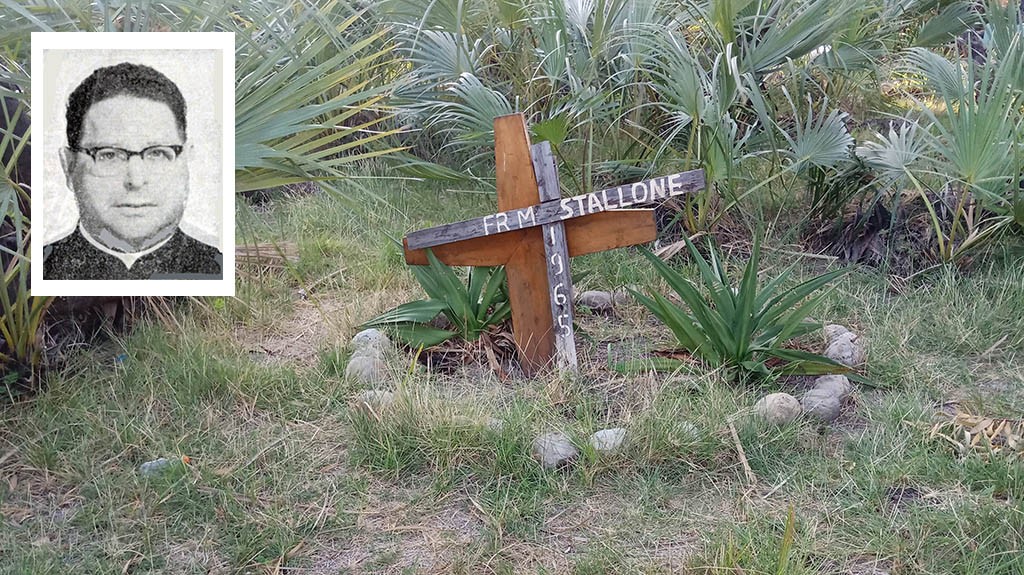 A lodge or a restaurant with a big wooden Cross almost in the middle! For sure this is an unusual place for Crosses, for the latter is normally planted in sacred places such as the Churches, graveyards, etc., for the sake of connecting us with the salvation mystery Jesus accomplished for humanity.

But the story is different in Loiyangalani town, two kilometres East of Lake Turkana, Marsabit County. Here, stands a fifty-four-year-old wooden Cross planted in the Oasis Lodge and Restaurant. It is of great importance. This old wooden Cross is both symbolically the foundation rock and pillar on which the Loiyangalani Catholic mission is founded and rests upon. Why?

Because it marks the exact place of the execution of Rev. Fr. Stallone Michele, imc. 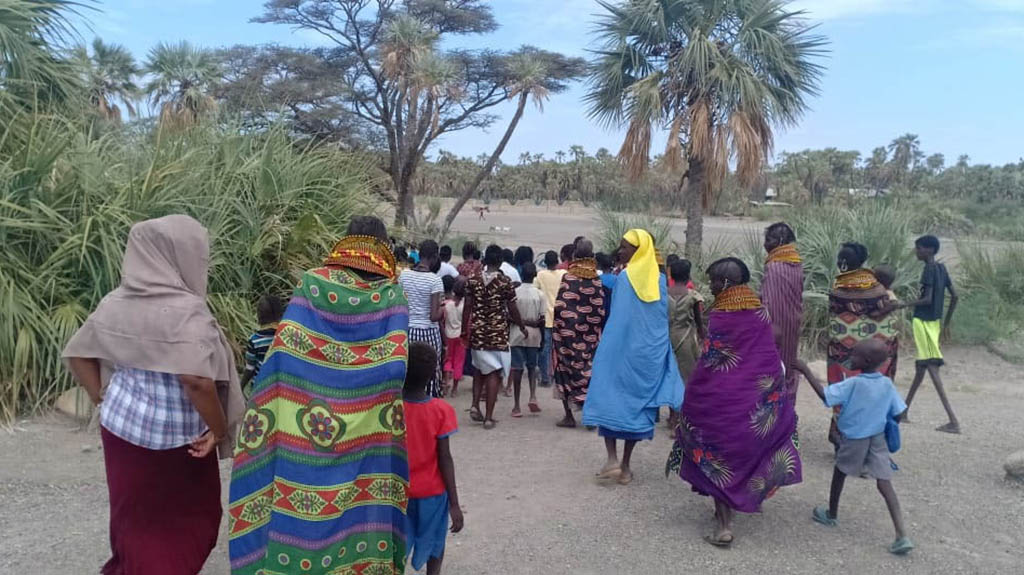 The late Rev. Fr. S Michele tallone, a Consolata Missionary priest, hailed from Giovinazzo in the large province of Bari, in the Puglia region of Italy. He was born on the 01st September 1921 and ordained a Catholic Priest on the 31st May 1947, four years after having made his first vows. He was thereafter sent to Kenya for his mission.

It was during his missionary work in the Northern Kenya that Fr. Stallone came to Loiyangalani in 1965. The local tales have it that he was the first missionary priest to set foot in this small market town at the onset of the Chalbi desert, next to the then Lake Rudolf. By then he was working in the Baragoi Catholic Mission which was founded in 1952.

“His prime mission in Loiyangalani was to take Christianity to the El-Molo” acerts Mr Edward Lemotou, a native and staunch Christian of Loiyangalani Mission. He was determined to save the souls of this minority group.  Therefore, “he made several visits to them, bringing them not only the Good News but also goodies like changa (beads), tumbako (tabbac) and clothes”. His close and personal relationship with them earned him a nickname “Mete” (the ‘Head’) from the El-Molo, for he was short and big-headed in stature. 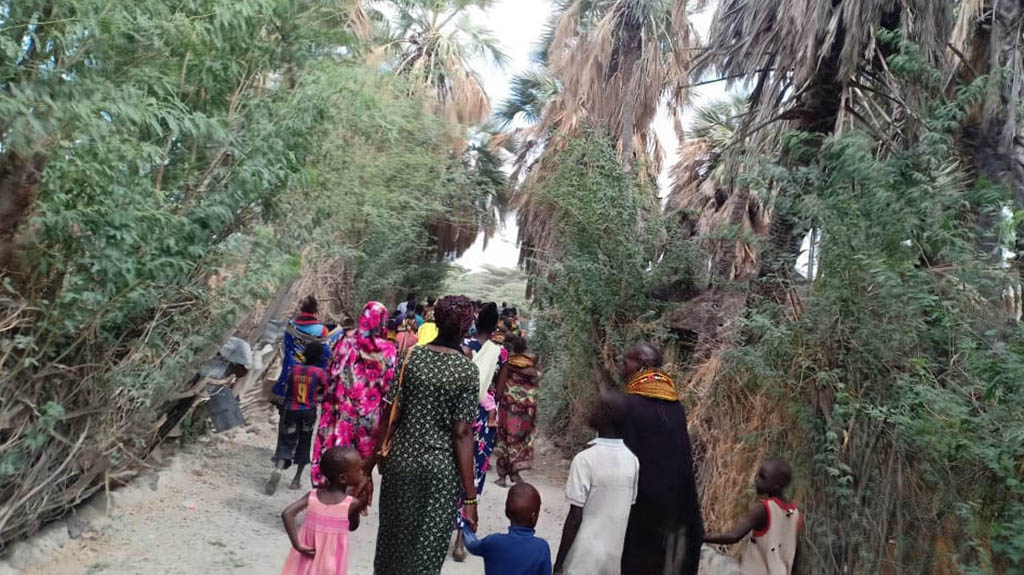 Now. On the Friday 19th November 1965, having come from his holidays back home in Giovinazzo village, Fr. Stallone Michele, imc, enthusiastically arrived in Loiyangalani with an additional mission to that of his love and visit to the El-Molo.

This time round, he was sent by the Bishop of Marsabit, His Lordship Carlos Maria Cavallera, imc., just a year after the erection of the Marsabit Diocese from the larger Diocese of Nyeri. His work was to begin a Catholic Mission in Loiyangalani town.

It is worth noting that, several months before the arrival of Fr. Stallone, precisely on 2nd March 1965, His Lordship the Bishop had made a trip to Loiyangalani town courtesy of an invitation by Madame Sorsbie, the owner of the Oasis Lodge Safari Club. It is on this occasion that the Bishop saw the need to open a Catholic Mission in Loiyangalani. He therefore, with the help of Lady Sorsbie who contributed ten thousand Kenyan shillings and an old lorry as indicated in the Bishop's diary, gathered the necessary resources for this noble cause and sent Fr. Stallone Michele to execute the erection of a new Catholic Mission in the Northern Kenya.

This fateful day, the 19th November fifty-four years ago, begun on a high note but ended in sorrow, a low note.

No sooner had Fr. Stallone arrived by midday, than he went to inspect the proposed sites for the Church, the primary school and the dispensary buildings. He had also ordered the building materials that were to be ferried a day later. In him, indeed was the burning desire to see the Loiyangalani Mission begin and grow!

Rather, the sorrowful part of the day came very fast with the sunset that evening.

There was an attack by the Shiftas, bandits of Somali origin, in the Oasis Lodge Safari Club. The shiftas wanted to kill Mr Poole, a native of Sychelles and the manager of the Oasis Lodge Safari Club. They came for his blood because, Mr Poole was known of killing the livestock of the locals around Loiyangalani. Hence it was a retaliation operation. Unfortunately, at around 9:00 pm, the Shiftas killed both Mr Poole and Fr. Stallone after vandalising and stealing some property of the Lodge. 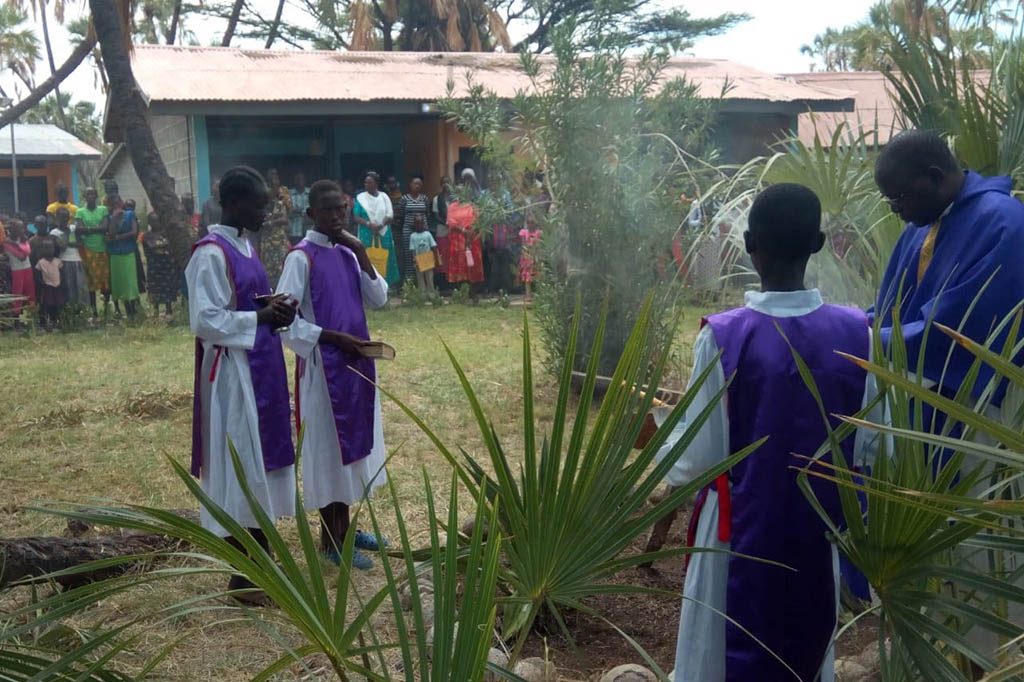 Unlucky for Fr. Stallone! He was an innocent victim, for he had a temporary residence in the Oasis Lodge Safari Club so as to start the construction of the Church.

The whole new Diocese mourned! But more so, the Loiyangalani Christians who had hoped to witness this man of God, Mete, bring them Christ closer.

Bishop Cavallera said, “The death of Fr. Stallone is a serious loss for the Diocese of Marsabit and has shocked everybody. Our dear missionary had just returned from Italy; where he had gone to give his farewell to his old parents and had returned with much enthusiasm and full of favour and initiative. The Lord wanted from him the supreme sacrifice of his life while he was on duty for obedience and generosity. This blood will certainly be the most precious and solid cement for the foundation of the new Mission.” Reads an excerpt of Missioni Consolata, January 1966. 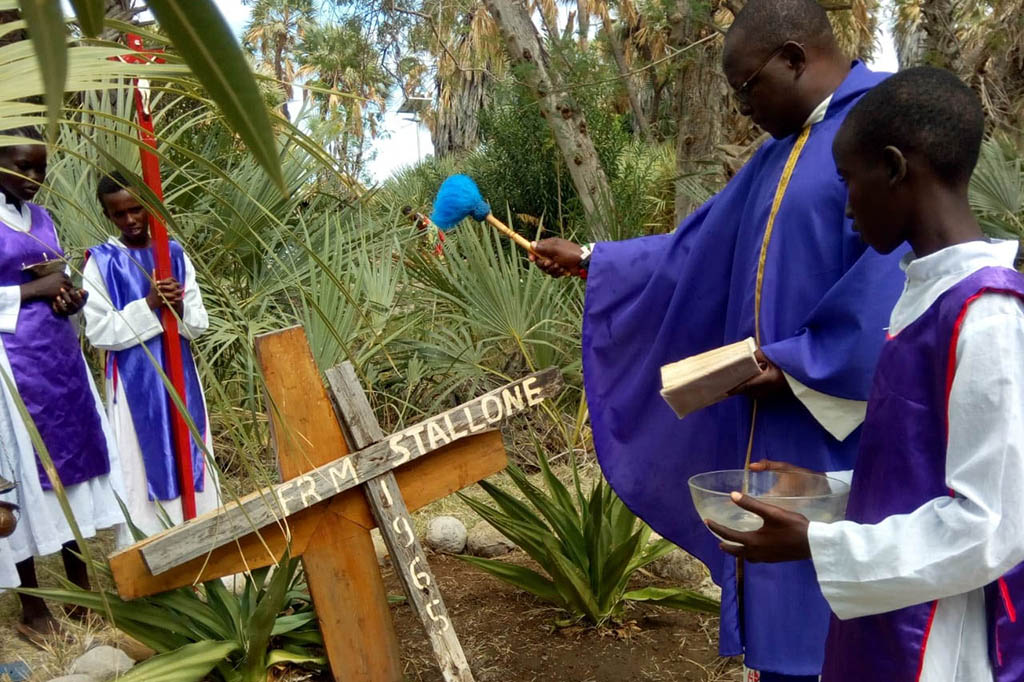 The police inspector of Maralal in the company of four other police officers from Baragoi rushed to the scene of crime. They found the body of the slain priest, tied on a chair and lodged with two bullets on his back. But his breviary was the only thing next to him; a physical sign that he must have been saying his vespers on that fateful evening before the ordeal.

He was later buried in Nyeri, Mathari, some hundreds of kilometres far away from the inhabitants he gave his life for.

Indeed his blood drunk by the Loiyangalani soil not only irrigated the inhabitants' faith leading to the ongoing construction of a twenty-thousand capacity Church building, but also made the Kenya Police put up a commanding base in Loiyangalani, hence fostering peace and order to the people.

Today, Loiyangalani boasts of this pious and industrious Consolata missionary who loved them unsparingly. They boast of having a founder of their Church in heaven interceding for them. They boast that their land is a land of martyrdom! This is why in this small town, every 19th November there is a solemn Liturgy of the Eucharist in memory of their hero and father of faith. This Liturgy normally culminates with a solemn procession till the Oasis Lodge where the Late Rev. Fr. Stallone faced his martyrdom. 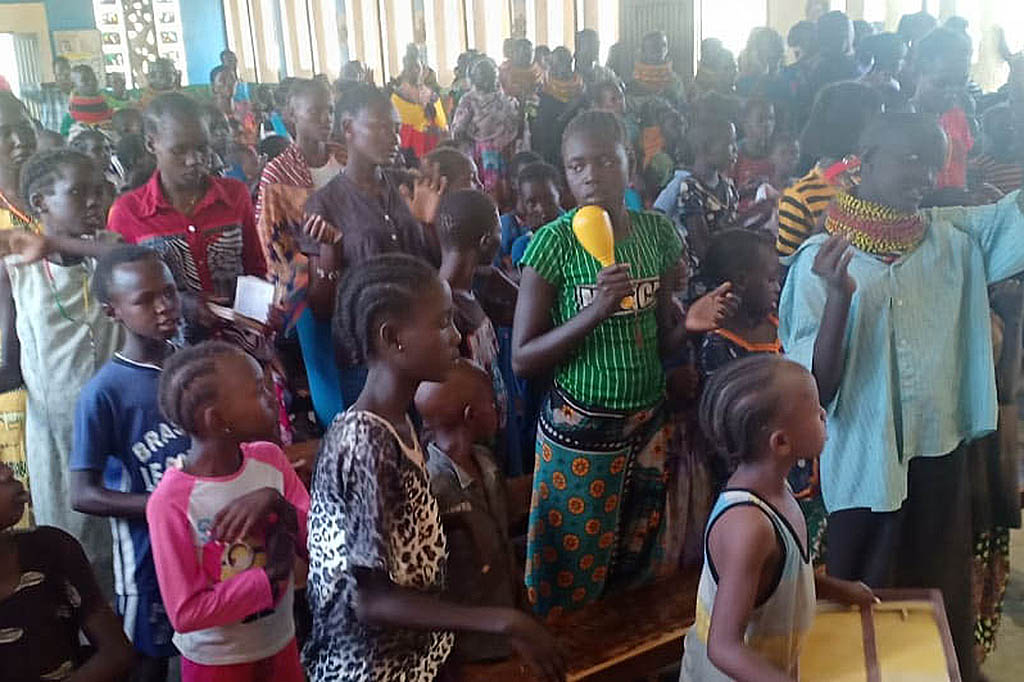 On the occasion of the 54th anniversary of his death, Rev. Fr. Martin Oluoch Omondi, imc, the Parish Priest of Loiyangalani Catholic Church, in his homily based on the Gospel according to St Mathew 25: 31-46, stated that: “the strong love and faith that Fr. Stallone had that made him come to Loiyangalani, when there was practically nothing on the ground, poor roads, poor means of transport, poor means of communication, no wireless phones, nothing! He believed that there were men and women in Loiyangalani who were hungry and thirsty for the word of God (and Sacraments). He was convinced that they were people spiritually sick and in spiritual prison by the needs of this world; people who needed to be visited so that they too can be satisfied by the knowledge of Christ. His blood, poured in our soil here in Loiyangalani is for us a seed of faith”. 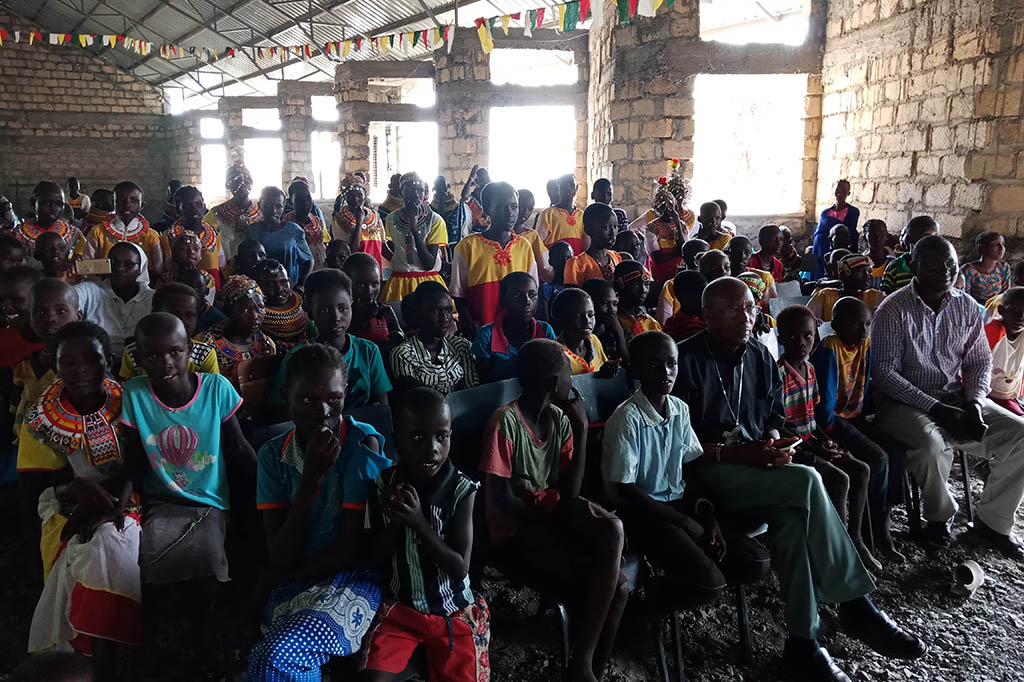 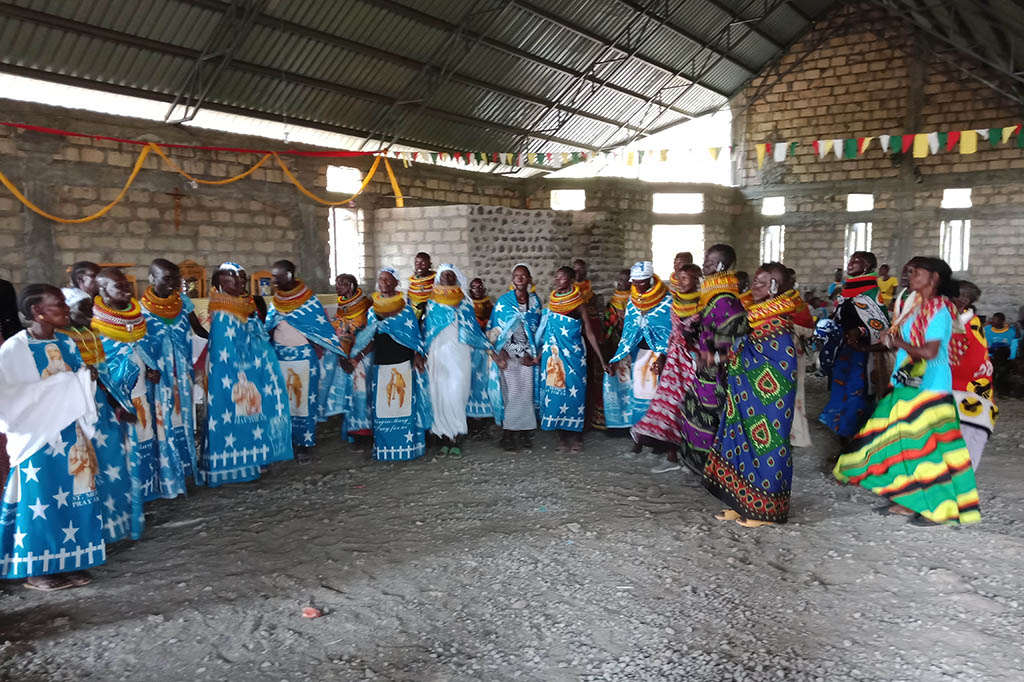 I vescovi Europei, no all'anti…